Impact onto an Ice Floe

The unsteady problem of a rigid body impact onto a floating plate is studied. Both the plate and the water are at rest before impact. The plate motion is caused by the impact force transmitted to the plate through an elastic layer with viscous damping on the top of the plate. The hydrodynamic force is calculated by using the second-order model of plate impact by Iafrati and Korobkin (2011). The present study is concerned with the deceleration experienced by a rigid body during its collision with a floating object. The problem is studied also by a fully-nonlinear computational-fluid-dynamics method. The elastic layer is treated with a moving body-fitted grid, the impacting body with an immersed boundary method, and a discrete-element method is used for the contact-force model. The presence of the elastic layer between the impacting bod- ies may lead to multiple bouncing of them, if the bodies are relatively light, before their interaction is settled and they continue to penetrate together into the water. The present study is motivated by ship slamming in icy waters, and by the effect of ice conditions on conventional free-fall lifeboats.

Fig. 2. Impact on a floating elastic plate of large length. 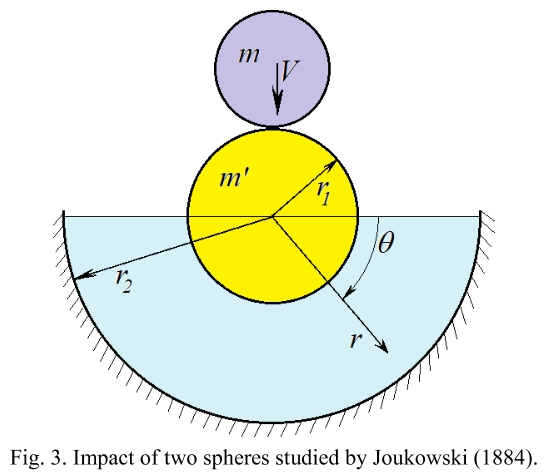 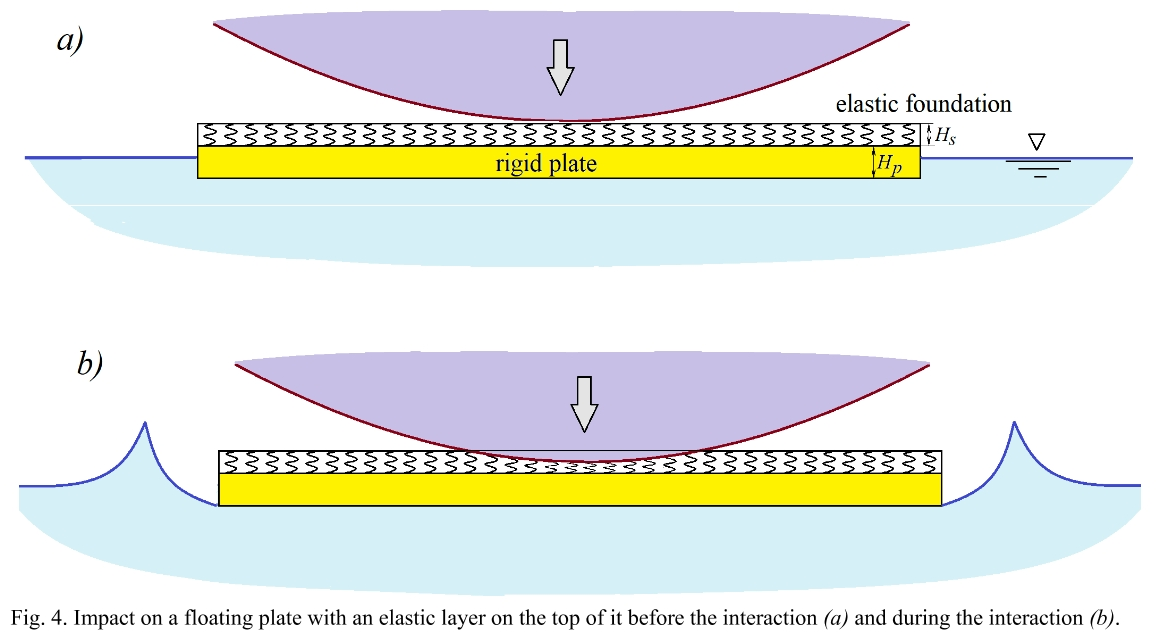 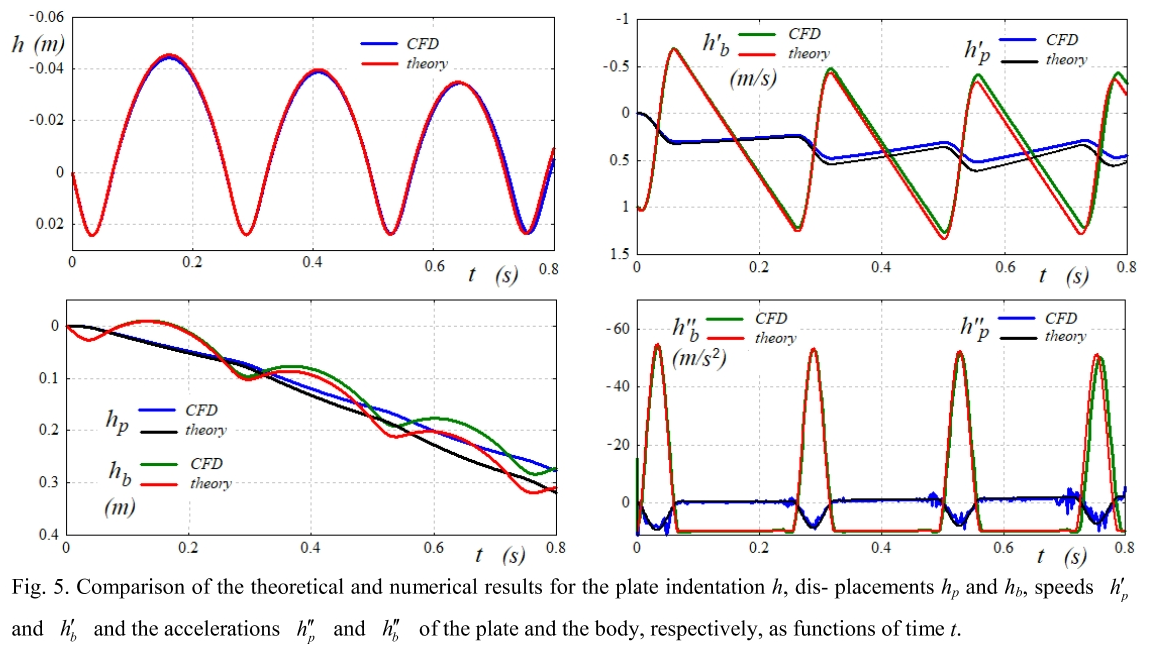 Fig. 5. Comparison of the theoretical and numerical results for the plate indentation h, dis- placements hp and hb, speeds and and the accelerations and of the plate and the body, respectively, as functions of time t.

Fig. 6: Impact of a large body onto a floating plate with pile-up effect.

연구 과제번호 : Vertical Penetration of an Object Through Broken Ice and Floating Ice Plate, Numerical Analysis of Slamming Models for the Design of Advanced Naval Vessels